What a month for L4GYouth!!

I am writing this the day after the 2nd L4GYouth and looking back on a month where the whole idea of L4GYouth has developed. Last night’s drinks saw Chris Ogle and I joined by a gentleman called Steve. Apart from helping people resolve legal disputes and collecting silver coins, Steve has a real passion for community and helping people get the whole story. It was one of those evenings that had convocations that couldn’t allow any of us to leave and we all we engrossed by the things the others were saying. Steve hadn’t been to a L4G event before but seemed like this wouldn’t be his last event and I’m sure we will see him on the forums sooner rather than later.

This month also saw the 1st piece of publicity for L4GYouth thanks to Kate Leach who runs the organisation Watford For You. I had the pleasure to meet her a few weeks ago and explained to her in great detail about L4GYouth and she managed to get an article about the project into a local magazine called WOWU. Kate also said she has connections at the local radio station (Vibe) and I am planning to contact her again to see if she can help me get a chance to speak to the radio station about the project that is kicking off in Watford. Below is a picture of the article and have a read of it if you haven’t yet. 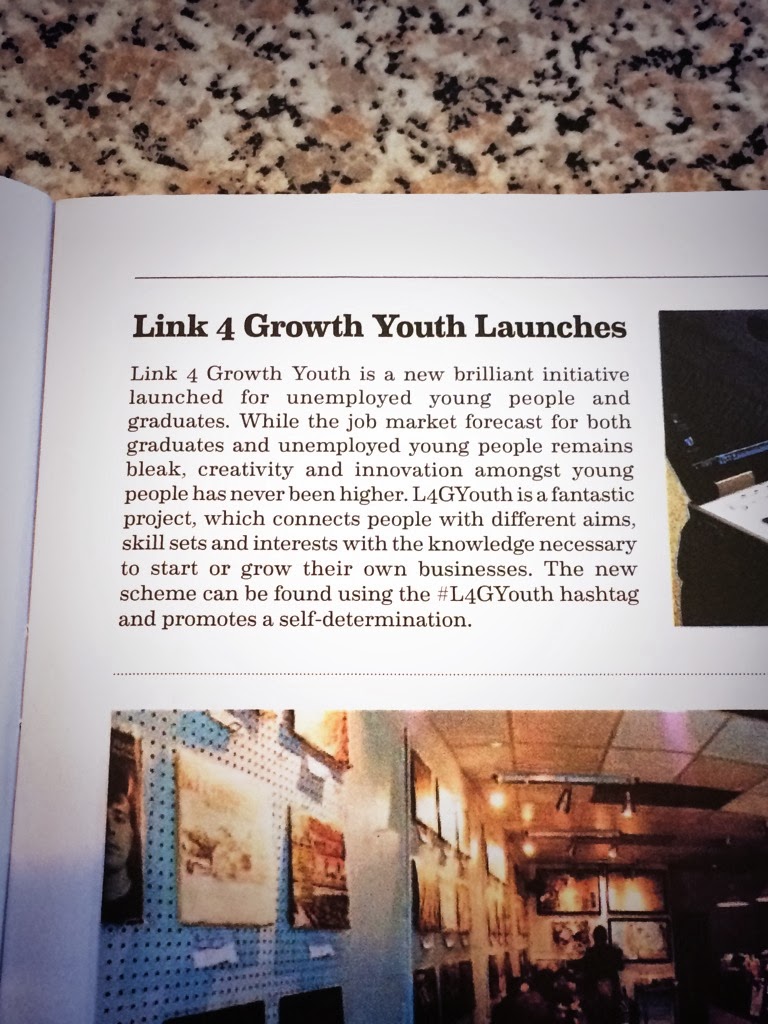 Also, I urge you if you haven’t already to read my special interview with my friend Bruce Halling who has spoken about his experiences in finding work and how the process affects him. The link for this is here: http://www.2020bclive.net/showthread.php?2149-L4GYouth-Interview-with-Bruce-Halling

Lastly, this last month saw two major events for L4GYouth. Firstly, at a coffee event, I met Ruth Korel who works for Stanmore College. Ruth is the liaison between the college and employers and aims to get work placements for some 1,500 students each year. She believes that L4GYouth and the college can work together and after a further meeting on Monday, there is the real possibility of an event being started at the College for students to meet employers from different fields of work, learn about their chosen career and the possibility of gaining work experience. More will follow on this so keep reading the blog to find out the latest. Secondly, the CSR Luncheon took place on the 7th February and saw me meet with a multitude of people all based around the Watford area. They all spoke highly of the project and I look forward to the next luncheon next month where I can update everyone about the progress.

Lastly, I thought it appropriate to thank some people for their help with L4GYouth. Thanks to both Camilla Khawaja (@TheWomen’sLawyer) and the aforementioned Kate Leach (@WatfordForYou) for their help in promoting L4GYouth and I can’t thank them enough. Next I would like to thank Chris Ogle (no introductions needed) for his constant support and guidance and in this short time since I have known him, he has helped me develop skills that will be invaluable in my future legal career. Lastly, I wish to thank everyone who is supportive at any L4G event and it is these kind words that keep me going when the drinks events don’t go well. Rome wasn’t built in a day and neither will be L4GYouth, so more hard work is needed but I know that the L4G Community will be there along with way.

Whilst having a catch up chat with an old university friend Bruce Halling, who recently started working in London, I asked him how it felt to start working after a long time. His response encouraged me to ask him a few more questions about the process of job hunting and how it affects young people. I think these questions make for some interesting reading and thinking and I will put my thoughts afterwards. 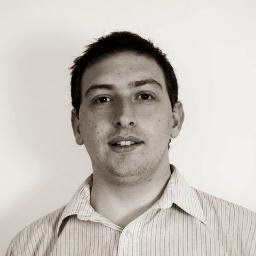 1)      How long did it take you from graduating to getting a job?
I graduated from university in 2012, and started the role I'm currently in on January 31st of this year, so that makes it around 18 months. I'd held on to a stewarding job at a football club that I'd been doing since I was at university, but this is the first permanent job I've landed since graduating.

2)      Why do you think it took so long?
You know, honestly, I'm not really sure. I guess the economy isn't faring too well so that doesn't make things easier, and the fact I only got myself a 2:2 meant that a lot of people don't give your CV a second look because you don't have that prerequisite 2:1 that a lot of employers look for.  I'm speculating though, I don't honestly know why.

3)      How did that length of time affect you? Positives or Negatives?
It was pretty hard, I probably didn't really realise how much it was affecting me until now but I have to be honest with myself and say that I got pretty down about the fact that I couldn't find a job. The little things would bug me, and I guess I became a bit more introverted, wasn't so keen to get out and enjoy life (and of course, the fact I didn't have too much money gave me an easy out). Every job rejection made things that little bit worse, and a large part of it was not really understanding why you were getting the rejections. The lack of feedback was an absolute killer, you try and take it in your stride but the lack of a why after a while makes you go a little crazy and you start to wonder what you're doing wrong, why you can't get an interview. After a few months, self-doubt creeps in and it's a vicious cycle that can be pretty tricky to break out of.

4)      How does it feel now that you are working? Positives or Negatives?
I'm feeling a million times better about myself and about life already. Counting down the days to my first payday now! At the moment, I'm on a rolling contract so I'm not as secure about what's to come in the future, and ideally I'd like to have some long-term job security, but right now I'll take the fact I'm working. Commuting (to London) isn't as bad as I thought it would be either, which a bonus!

5) What more do you think needs to be done to help young people out of work from your experiences?
The jobcentre couldn't be less proactive if they tried. Every two weeks you go in, sign on, and pretty much just get sent on your way. You'd think after a few months of going and signing on they'd start to offer you advice or guidance as to what you could be doing better. Maybe even doing something on your behalf to gain a little bit of experience doing something to give your CV a bit of a boost. It's a strange feeling when you're told the jobcentre's job isn't helping you find a job. That was a little bit weird and left me pretty bemused. I think people need to be given opportunities - obviously, as a jobseeker it's up to the individual to make the most of an opportunity and seize it, but if young people aren't been given opportunities or the reason to believe there's a point to carry on searching day after day, after a while they're going to wonder what the point is.

6)      Any tips for people aged between 16-25 who are in a similar position to you and reading this?
It's easier said than done, believe me, but don't give up. If you've got a few places where jobs occasionally pop up, just keep looking because the one day you don't, you'll miss something - that's just sod's law. But most importantly, speak to people and try to stay as connected to as many people as you can. More often than not, you'll get an opportunity through who you know, not what you know. That's how I've got the job I have now, I was speaking to somebody who offered to put my CV in where they work, and within a couple of weeks I've got an offer of a rolling contract. Now my line manager is putting pressure on management to offer me a permanent contract because of our current workload. It's not easy to keep your chin up and to keep going, but explore every possible opportunity you can think of because you just never know when even having a simple conversation with someone might ultimately lead to something.

As you can see and read from this brief interview, L4GYouth can and will make a difference to young people’s lives. As Bruce says, getting as connected as possible to as many different people is vital to getting that break in finding paid employment or work experience. It why L4GYouth will be so valuable to young people as it allows for quick connections to growing communities. The job centre should be doing more than just sign posting people to job that are available and perhaps there is a market for L4GYouth to help in this regard.

Lastly, Bruce and I have both noticed that the more time you spend out of work, the hard it is mentally to want to apply for another job as you spend most of your time being rejected and not being told why. This is why L4GYouth and L4G events are such crucial events as just by turning up and having chat with someone new, a new chapter in your life maybe forming. As I said before and with no money being required, what have young people got to lose!!
Posted by Unknown at 13:19 No comments: