As part of L4G’s commitment to helping remove the cloak of invisibility from charities, I am proud to present the 2nd indepth piece with March’s charities. This time, The Michael Green Foundation is the focus and the work they do is vital to help fight type 2 Diabetes.

The Michael Green Foundation
The Michael Green Foundation was founded by Joanne Green in June 2013, after her husband, Michael died suddenly in December 2012. Michael was only 53, but he was overweight and unfit – he had Type 2 diabetes and developed complications. The doctors at Watford General Hospital concluded that he had suffered a ‘silent heart attack’ – a complication of Type 2 diabetes which is little known about.

Joanne, along with her 16 year old daughter, Natalia decided that she did not want anyone else to go through the trauma of losing a loved one through ignorance, and so began their campaign to change lives. Michael Green was a much-loved husband and father; he was also loved amongst friends and colleagues – he was known for his charisma, humour and his willingness to help others.

The charity has a mission to raise awareness of Type 2 diabetes and its symptoms as well as to raise funds for The Michael Clements Diabetes Centre at Watford General Hospital.

We are targeting current patients in helping them to manage and, in some cases, reverse the condition. We are also looking to spread the message that the condition can be prevented through lifestyle changes in diet and exercise.
At present the charity raises money through a variety of different fundraising events ranging from sponsored runs, sponsored haircuts, supper quizzes, tennis tournaments, cake sales, bucket collections at football grounds and shopping centres etc.  We are constantly thinking up new and exciting money making ventures to increase our fundraising. The photo below shows Kiri Baldwin (Natalia's friend and helper on the night), Natalia Green, Joanne Green, Dr Michael Clements & Jeremy Bard (MGF accounts adviser) with a cheque for £10,000 which was used to pay for the kitchen which will aim to help patients control their condition though diet. 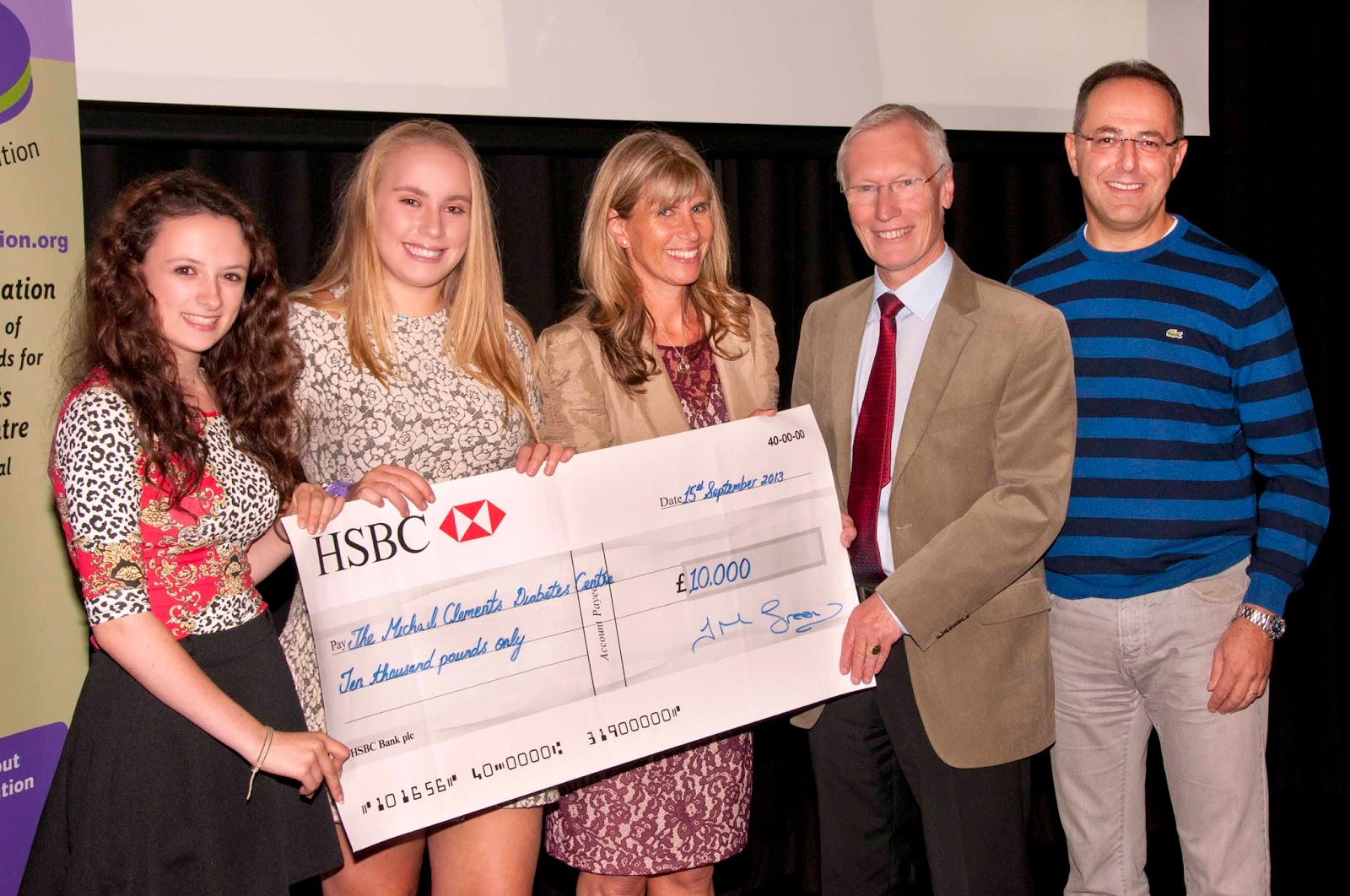 We are currently endeavoring to enter the world of CSR as a new way forward to both assist with fundraising and ways to get our profile out there.  As a charity we have forged links with John Lewis and been their Community Matters Project in Little Waitrose and are the sponsored charity for the year for St Margaret’s School, Bushey. We are putting together a dedicated CSR presentation (and delving into the use of Prezi for our visuals), to be used at corporate breakfast club meetings such as BNI et al. Prezi was recommended to us but we have not used it before, so any advice from an expert on that would be useful too.

It is not easy to compete with the “big boys” as to be successful one needs the connections that they have eg: Diabetes UK are sponsored by Tescos, etc.  We also need to have contacts everywhere to get you on the ladder of success and it takes time for these to be forged.


The things that we suffer from as a charity are:
-      limited time
-      limited resources
-      retaining structure to our activities
-    knowledge of forward-planning skills in terms of putting together a strategy for the future.

People can help by donating their time or skill to help us improve our marketability out there.  We always need people to run races like The British 10K for us or to help out at shopping centres when we bucket collect etc.

We are also very keen to put together a celebrity chef recipe book of healthy recipes from around the globe (Europe, Asia, America) with the real emphasis on healthy eating with low GI recipes.  We would love to have the assistance of people to help us to make contact with agents, chefs, etc; to collate these recipes and commence putting the book together.  We would like this book to be interspersed with true life tales from people who have this condition and have self corrected it by following healthy lifestyles and diets.

The plans for the charity:

·         To raise awareness of this condition by getting specialist testing units in public places such as outside football grounds, shopping centres, etc so that the ordinary man in the street can get tested for the early signs of high sugar levels as a pre-emption to the onset of diabetes.

·         We want to be the biggest Type 2 Diabetes Charity out there and in years to come to be up there with Diabetes UK but with a specialist slant on Type 2 and its dangers. 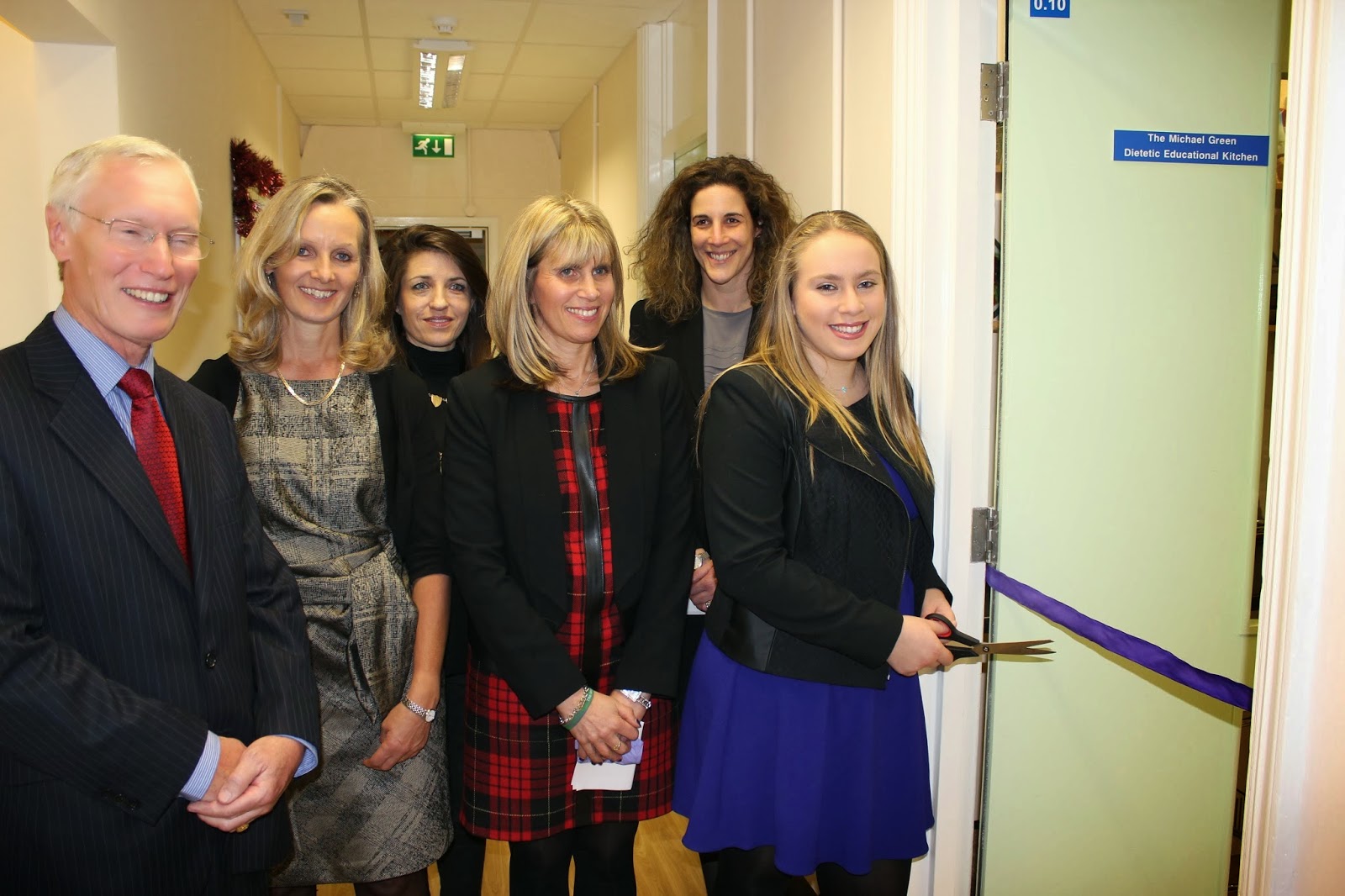 ·         To raise as money as we can for Watford General’s Michael Clements Diabetes Centre and to set up specialist dietetic kitchens with dietitians across the whole NW Herts Trust would be amazing.  This is the first kitchen of its nature in Hertfordshire and is making a real difference therefore, to implement this across the whole area would be ground breaking and really go a long way to helping patients control their condition.

The photo above shows Dr Michael Clements, who the centre is named after, Dr Arla Ogilvile, Mayor of St Albans Councillor Annie Brewster, Joanne Green, Dr Samantha Jones CEO of West Herts Honspitals NHS Trust and Natalia Green at the launch of the kitchen in December 2013.

·         We are determined to produce the recipe book we have mentioned above with the hope of it being sold in mainstream bookshops so that people with diabetes can buy this book, follow some of the recipes and change their lives.

·         One of the ultimate aims for the charity is to open a charity shop because the one gap out there currently in the market today is such a shop aimed purely at diabetes. This is the third biggest killer out there and more awareness and funding of this will mean that people will sit up and listen and hopefully, avoid the problem.


This piece, for me has opened up a few interesting points and I hope that it allows you to do the same. Firstly, it is amazing to see that the charity which is less than a year old has already forged great links with parts of the community. In particular, having St Margaret’s School and John Lewis as partners will no doubt allow more people to find out about the foundation and the great work it does. It is also good to see that the charity has established long term goals for it to aim for and I am sure, with the help of Link for Growth and the rest of the SW Herts community, it won’t be very long before we see some progress on these aims.

I hope you have been enlightened by this piece and look to provide as much support as possible whether you are an individual or a local business.