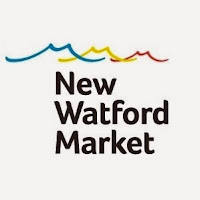 It's almost the 1st anniversary of the opening of the New Watford Market. What a difference a year makes. Of the original traders that made the move less than half remain. Many who started at the new market have also disappeared within the first year. To say this first 12 months has been 'a difficult trading period' would be a gross understatement.

The market opened in early October, just as the weather began to get colder. This left no time to build a regular clientele or to create new habits of visiting the Market as part of a trip to Watford. Couple this with zero signposting and poor marketing last Christmas was the worst on record for many of the traders. 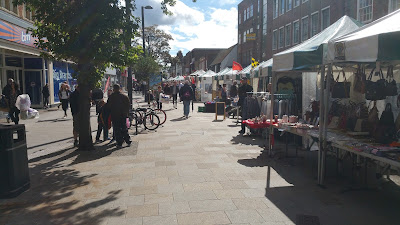 In order to survive many of the traders are now using the 'container market setup' as storage and have resorted to paying for pitches (additionally) in the high street. Indeed if you were an infrequent visitor to Watford you would be forgiven for believing the 'New Market' was in the High Street itself. Perhaps that was always the intention?

A little known fact picked up last week is that the council have a clause in the contract with Town & Country (operators of Watford Market) to use the high street in any given week in whatever way they choose. This weekend 19th September is a prime example of this. Watford big events sports fest has meant all high street trading has been suspended. As I understand it there is no compensation for this inconvenience (I do hope though that rent is not charged in such cases?). This is not the worst of it though... 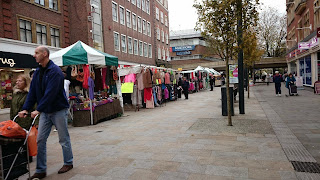 The council have decided to take control of the high street at another time this year for 6 weeks! Yes, from the end of November to early January, upon popular demand (I would like to see the questionnaire and facts to support this statement) we are to have a German style Christmas Market this year, right where the loyal market traders operate for the rest of the year.

So... In return for battling it out during the worst trading year for the market. In return for your loyalty to Watford Market, we (the Council, in our infinite wisdom) are going to move you somewhere less favourable (or due to space restrictions stop you being able to trade) during the busiest time of the year and bring in outsiders to benefit during the busy festive season. Not local people running local businesses who live in and around this area, but people who just visit towns and mop up during the Christmas period.

All the above conducted with minimum notice and no consultation with the traders themselves. The Watford Observer carried a story this week how the Watford Traders view this move by the council Watford Market Traders rally against Xmas Market - it's unfair and unjust and I for one can't help but agree with their view. 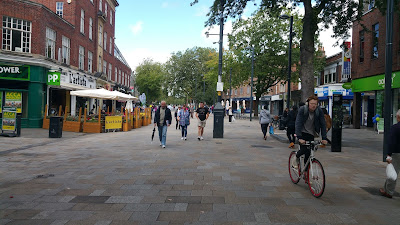 There is an opportunity to put this right though and that is about planning the location of the Christmas market properly. Locate the Christmas market after the flyover, between the flyover and the pond as shown in the picture to the right. This will attract people to the lesser used area of Watford town centre and draw people through the Watford Market, increasing footfall and providing existing traders with a welcome boost.

There is time... Reading the Observer piece Mayor Dorothy has stated that she hopes Town & Country will locate the Christmas Market correctly so as to minimise the impact on the loyal traders. So it is down to Andrew Sparrow again, Director of Town & Country to create a workable solution to this debacle. But he better get his skates on as the clock is ticking.

Communication has once again failed miserably here. A Christmas Market in a Watford is a good thing, and if introduced as a way to make Watford a must visit destination this Christmas everyone would have benefitted. Instead, there has been no thought behind it and we have a whole group of disenfranchised local traders who are understandably very upset. This just reinforces many of the traders views that the council has no interest in Watford Market.
Posted by Chris Ogle at 09:35 1 comment:

This weeks #L4GSWHerts #CommunityTV show has once again a huge lineup... with your host +Diane Richardson we have +Tania Clarke with all the local news, +Catherine Baldwin with everything charity and +Neal Emery covering all the sporting action. Special guest this week is +Nadine Standish who is going to tell us all about the excellent work of BITC (Business in the Community) and their fabulous 'connectors' of which she is one in the #Watford area. +Chris Ogle is out and about again in both Rickmansworth and bushey interviewing local people once more... please join us...

The #L4GSWHerts #CommunityTV show for the 11th September is a packed show... with all the local news, charity stories, sport, and special guest +Jeremy Silverstone talking about the new Online Mentoring Groups (OMG's) taking place on the 17th September. Chris is out interviewing award winning local businesses who have done amazingly on both local and the national stage...

This weeks #L4GSWHerts #CommunityTV show is packed. With only a four day week there is no let up on activity in the local community. +Diane Richardson as always hosting the show along with +Catherine Baldwin , +Neal Emery with all the sport and +Chris Ogle having a break (almost... but a serious ankle sprain) from his regular roving reporter spot covering all the local events in the community over the coming week. Special guest this week is +Laurie Bernard a local Small Business consultant. Laurie helps local businesses to grow and works with a number of local organisations.

A small piece of interesting but otherwise useless information is that Laurie now lives in the house that Chris used to live in many moons ago...