The Cassiobury Park gates could be reinstated within 2 years! 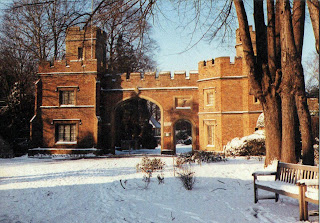 Friday 9th October I met with Kevin, David and Lesley all senior committee members of the Cassiobury Park Gates Project. We met at the site of the old Gates where Cassiobury Park meets Rickmansworth Road.

A bit of background to what has gone before... The old gates were removed for the widening of the Rickmansworth Road project back in 1972. The Gates had become a somewhat easy victim at this stage needing some repair and a bit of TLC. Although it was promised that they would be rebuilt, set back into the park or placed elsewhere... something that was never delivered on.

The committee to restore the gates was formed back in February this year and consists of 12 people all with different backgrounds and each able to contribute something both unique and vital to this project. What has happened since February has been nothing short of a miracle. Kevin said that if permission was granted they were in position to pretty much start the project so advanced were the plans now. 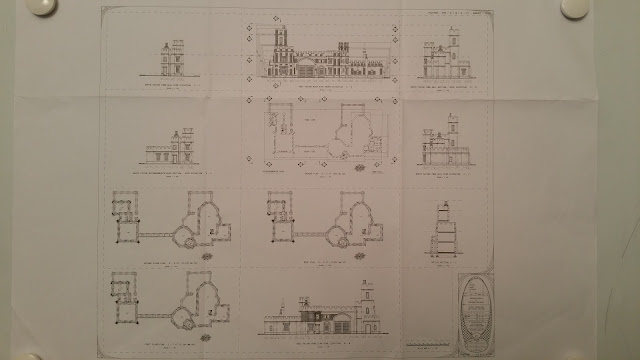 What started as an idea back in February has now gathered real pace. Based on the speed at which other projects progress the Cassiobury Park Gates has I believe set new records. 100's of hours, unpaid, have culminated in not only detailed architectural plans in place, but types of materials needed, how the gates will be powered, use to which the gates could be put, and all backed up with a business plan to ensure this becomes a net contributor to the community rather than a cost. When people are passionate about a project and something they love it is amazing how quickly things can come together! 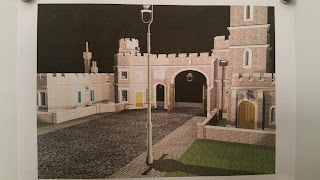 There are so many great projects going on in Watford at the moment what with the Charter place redevelopment, the extension to the MET line and the renovation of other aspects of Cassiobury Park. The gates and their location would bring a huge bit of history back alive in Watford and make a massive difference to the popularity of Watfords Jewel in the crown, Cassiobury Park.

So what is stopping this project getting off the ground? The council own the land where the gates would be recreated and the costs to deliver would be in the region of £1m. The committee have various options on the table for raising the finance including a 'buy a brick' scheme and corporate sponsorship. All that needs to happen is that the council grant permission to build on the land. Something that would make absolute sense if it cost the council nothing and if enough people in the community supported the project. 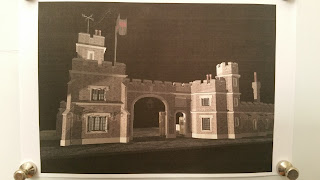 So... Here's where you come in. There is a Facebook group 'Cassiobury Park Gates' please join it, that is where you can keep up to date with everything that is happening. There is a huge amount of documentation in the files section of the group of all the progress being made. There is a petition (with video) on there which you can fill in to support the 'Cassiobury Gates Project' and there are T-Shirts, mugs and Christmas Cards (most popular Xmas card being sold by the Peace Hospice this year). There has been a huge legacy already created by the team involved in this. Over 800 historic pictures have been unearthed about the gates and Cassiobury Park (many previously unpublished) and the only detailed technical drawings that exist today of the Gates have been crafted by this small but determined group.

There is a real chance here. A real chance to prove that the people of Watford can really make things happen for the people of Watford. These Cassiobury Park Gates, the Red Lion Community Pub project and a multitude of other smaller projects being led by the community are testimony to the fact that we can create the type of Watford we want in the future. It's not up to the council, they are there to do our bidding... So let's make sure they listen to what the people want and let's get these Gates put back in place... Shall we say 2 years?

Interview with part of the team on L4G SWHerts CommunityTV below... It's the first interview in the show