Supported Internships... could you turn someone's life around? 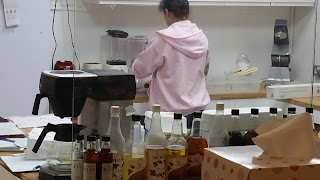 There is something special going on down in Croxley Green... The +The Kitchen Croxley is a local bakery and coffee shop part of our South West Herts Coffee Union... more on that later...

Open for just over the year now the Kitchen Croxley team has thrown themselves into community work. Alongside baking and serving teas and coffee's +linda anderson and the team have built a business with a massive heart that is at the centre of the community. It is hard to imagine the time it was not there and the huge void that would be left if it were gone.

There is a huge but little known fact about the Kitchen Croxley though is that they are also a partner in the supported internship programme. Working with the +West Herts College, 3 days a week Alex works in the Kitchen alongside his colleagues in what can only be considered a life changing experience for everyone involved in this initiative...

You can read Linda's full article on their blog here... what if all our local businesses had community, people and relationships as the primary goal... wouldn't that be some place to belong...
Posted by Chris Ogle at 09:36