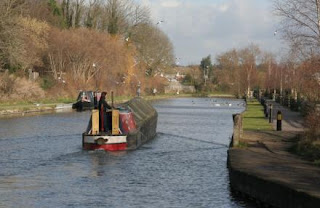 Counting your blessings isn't difficult when you're fortunate enough to live or work in Croxley Green. For the last thirty six years we've lived in Beechcroft Avenue - having purchased a run down semi that we extended ourselves to make a family home for our four children.

Croxley was an ideal base for a commuter - originally to Baker Street and then onto Waterloo. And when the children arrived it was the original parents' paradise with parks, schools, the moor and many other attractions to keep the little ones entertained and well educated.

Having such a long standing relationship with the village, it was with huge regret that I read in a Facebook group of some inappropriate and antisocial behaviour in the local park.

It would have been easy to "like" these posts. Or perhaps to hold down the like button until the crying face emoji appeared. And in doing so to demonstrate my empathy with the comments about how finding used condoms in the park and human excrement on the slide was shocking/awful/disgusting.

Instead I spoke up and suggested we take action to stop this. I asked the question - can we involve the local councillors? The PCSOs? The local media perhaps? Can we publicise what is happening so that any parents unaware of these issues could discuss them with their teens.

It didn't take long for things to be taken out of my hands. The Watford Observer contacted me - keen to run the story. Rather than talk at length about something I'd heard second hand I suggested I invite others to join the conversation. It was all a bit last minute, and I know that others would like to have been there. But a group comprising District and Parish Councillors and concerned parents and residents met at The Kitchen with a reporter from the Watford Observer to discuss the issues raised in the group.

We were quite clear in our request to the newspaper. This is a concerned group of residents living in a beautiful village of which we are proud. We don't want it portrayed in a bad light - we want people to see that we are taking action to stop this antisocial behaviour. A positive local news story.

Some questioned my wisdom in speaking to the press. I defended my position - having worked for local media and having built a strong relationship with them I believed our requests would be heeded and a positive piece would be written. It was and remains my belief that the media involvement gave focus and impetus to the proceedings.

I think we all felt that the meeting was constructive. I must express my gratitude to Phil Brading and Chris Mitchell who attended at very short notice on behalf of TRDC and CGPC. Phil began to action some of the recommendations within hours of the meeting - at the time of writing we just await confirmation from him that other councillors support the actions. I am also very grateful to the parents who were honest in their concerns as to what they had found in the park and how they felt about it.

The first I saw of the Watford Observer report was online. It was shared by a few people expressing disappointment, with my name tagged in. I was shocked and disappointed, but also a little torn. For example, some were saying that they had not seen any of this debris, and were disappointed it was stopping people using the park. I agree we don't want to over dramatise this, and let the actions of a few spoil the pleasure of many. But if as many say it is the case that unsavoury items are in the park and sandpit where children play surely we must do all we can to stop this?

The next and biggest shock however came with the publication of the print copy of the WO. The headline bore no resemblance to the story - or to what had been discussed at the meeting. I spent half an hour or so on the phone to a senior reporter, and I am waiting to hear the outcome.
Subsequently, as a result of this piece and my response to it, I have had four conversations with local teenagers. I now understand much better what is going on.

All of which leaves me with as yet unanswered questions in my mind. Should I have kept quiet when I read those comments in the FB group? Should I have said no comment when approached by the media? What can I and others of my generation do to help in this situation? We all seem to agree that used condoms, syringes and human excrement are not what we want to find when taking our children or grandchildren to the play park so what's the answer?

My experience this time around initially made me feel less inclined to get involved in future.But I am realising that I need to build my resilience - at present I find that criticism hurts even when I believe I am doing the right thing or when circumstances are beyond my control. If we are to be the change that we want to see in the world we have to move beyond our own feelings and do what we know to be right whatever the impact on ourselves.

Chris Ogle suggested I write this post. In part because this blog is an ideal place for people to share stories of what is happening in their community. If I were to be approached by the media in future I would point them here - to where the stories have already been written. If they haven't been then perhaps in the time it would take for a reporter to get on board and down to Croxley we could have posted something in our own words, from the way we see it. But also because telling the story as it is and as I see it has been important. 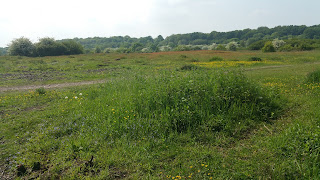 Croxley Green is a beautiful place! We have the parks and the Green and the Moor and the Woods. We have great schools, fabulous Parent Teacher Associations, amazing community events. In this village we have a canal, we have rivers, we have locks and wildlife. We have the Revels, and Croxfest. We have a Tube Station! We are close to the M1, the M25, the M40 and A41. On our doorstep we have the Harry Potter Studios, the Grove Hotel and Vicarage Road, and within our boundary we've a wealth of local independent businesses. We have really good primary healthcare faciliites, great dentists and alternative practitioners; we have churches, coffee and charity shops and an abundance of estate agents :-)

Let's do all that we can to keep Croxley special. Let's not allow a few people to spoil it for the rest of us. Can we find out why this antisocial and inappropriate behaviour continues (and I know that it's not a new thing) and put an end to it for good?

If you believe that we can please share your ideas, thank you .