Who should we be voting for as Mayor for Watford?


And so... the elected Mayoral position of Watford is up for grabs! After 16 years at the helm... Mayor Dorothy is stepping down to make way for a fresh face... but who?

Well it will be a fascinating contest won't it? It is very interesting in such a situation where the incumbent has presided for so many years. Over that time a lot of connections will have been put in place, relationships created and commitments made.

There are deep long relationships between the Mayor and huge numbers of 'council supported' services. These relationships are potentially all up for change during an election such as this. Concerns and worries over continued access to funds or resources comes under question, as the potential volatility of the future comes becomes apparent.

What would happen if a Conservative, or Labour Mayor got in? There would certainly be a lot of very anxious people out there. I am sure over the past 16 years or so many have got used to the way things work and how Dorothy operated. Peter Taylor (LibDem Mayoral candidate) of course a local resident and an Oxhey councillor probably represents the path of least change. Working alongside Dorothy as the deputy Mayor he will be very aware of the current operation, all the discussions, commitments and the people involved. Maybe the best choice for the very many with 'closer' relations with the council. 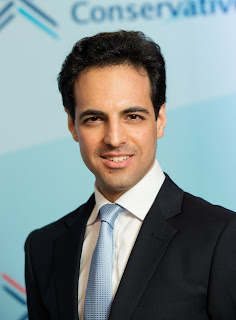 As for the Conservative candidate... the Watford Observer ran a little story earlier in the month (August) on this candidate. A Mr. George Jabbour. George is an experienced campaigner for all sorts of roles around the country... not much experience in Watford though. Local blogger RunningOnEmptee had a few light hearted but appropriate comments to make...

Labour have opened the nominations process to select their candidate. Nominations close on the 24th of August... selection will be made towards the end of September. More information on the Watford Labour website here.

The role of Mayor of Watford is hotly disputed as 'is it really necessary?' by many, but for the moment, next May, the people of Watford get to decide, which flavour they would like to see ensconced up at the town hall.

Personally I believe an independent Mayor who is not afflicted by the Party political situation would be the optimum move. No sign of a candidate at present though. But many of the people I speak to would welcome a chance to have a 'real voice for the people of Watford' in the town hall... something many feel left the building a long time ago...
Posted by Chris Ogle at 14:41