Watford has an increasing number of people living on the streets.

There is no single factor that contributes to this fact. It is a combination of circumstances and each individual and situation is different.

Anything from a series of calamitous events resulting in eviction, divorce, loss of work, right through to various types of addiction.

One thing that unites all those on the streets is that they are all human beings, and they all have a unique story... indeed, sometimes, that is all they have!

There have been organisations in Watford reaching out to the homeless for many years, New Hope trust, various churches, charities, and smaller groups all playing their part and doing their bit...

So what’s changed? Why the sudden focus?


Community... community is beginning to be revived. You might ask what does that mean? Community means so many different things and covers a huge range of topics. Community being revived is a bit nebulous isn't it?

We are the most connected humans there has ever been. We can contact people right across the globe at no cost with the right equipment. We have the power of the Internet at our disposal. The Internet is enabling us to find like minded people... those with similar thinking and a passion to solve real human problems. This is enabling a multitude of new 'communities' (small groups of people) to be set up.

The great initiatives that are going on in our own community (some of them listed below) are benefiting from the power of the Internet and Social Media. We can now access thousands of people in seconds and spread the message, inviting others to contribute, participate, and engage. We are now witnessing here in our own town of Watford, the power of what is now happening.


These local initiatives are just the tip of the iceberg. There are so many things happening we will seek to cover those in additional posts and comments on this story. 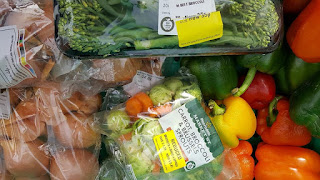 
This is an initiative that was begun locally by Jane Johnson. The idea came through a nationwide initiative called the 'Real Junk Food Project'. The idea is quite simple. Supermarkets throw out tons of perfectly edible food each day / week... what if that food could be collected and then either given away, sold or turned into tasty hot meals for those in need. Feed bellies not bins.

The Random Cafe operates 4 cafes per month. Organised (not so randomly) around the Watford area on a Saturday afternoon. 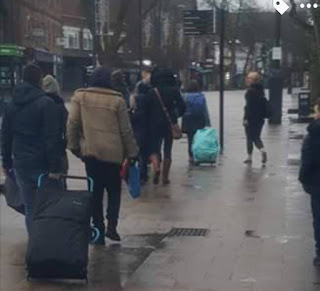 
Ruth Lee began the Watford Homeless project because she was unable to find an organisation that would enable her to support the homeless in the way that she wanted.

Ruth has a very direct outreach approach. She has met and spoke with most of those who are homeless. She seeks to understand them, learn about their stories, and find out what it is that they need to make life a little more comfortable in their situation.

Ruth is also researching all those who are actively involved in supporting the homeless and looking to facilitate connecting them together. Ruth feels that if everyone worked more closely together with the homeless then we can have an even greater impact. 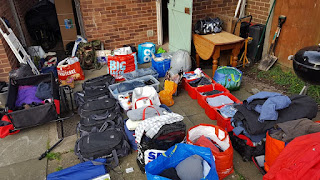 
This initiative has recently started with the massive energy of Stephen Phoenix Russell. Almost homeless himself Stephen has become a tireless warrior in Watford to help remove the stigma that is attached to homelessness.

Stephen provides a unique outreach service for those living on the streets. Through talking and chatting with the homeless directly, Stephen has been able to build a mental profile of each individual and is now attending to their specific individual needs. So effective is Stephen's approach that the homeless are affectionately calling him their 'Personal shopper'.

Stephen communicates all the work he is doing through the Facebook Page 'Homeless Warriors' (recently renamed) where you can read about the daily activity and how the generous people of Watford are contributing to help Stephen on his mission. 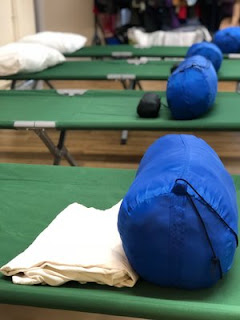 
The New Hope Trust has been in Watford since 1990. A local charity with a long service record in supporting the homeless of Watford. Started by two housewives who felt moved to take action when seeing the homeless sleeping around the St. Mary's area, New Hope has grown from a soup kitchen and a few basic services to providing 61 beds every night and a total of 8 accommodation services.

New Hope have additional revenue generating services to fund their extensive work in the area... 2 shops, one in Watford (Queens Road) and another in Croxley (New Road) and an online store.

Today New Hope is one of the largest providers of services to the Homeless in the Home Counties. 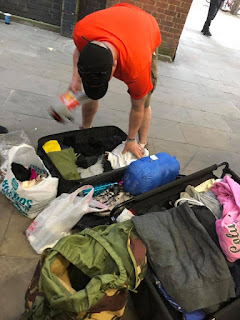 A Slice of Happiness


A local charity which is in the process of being set up to bring to Watford an idea that has been successful in San Francisco and Los Angeles. A 3.5 ton truck with WiFi converted into a support vehicle for a multitude of services that are needed by the Homeless.

Shower and laundry facilities, support workshops for mental health, drug and alcohol misuse, signposting, outreach, GP, dentist and chiropodist are some of the services that they are looking to provide. Currently they are raising awareness and already have hundreds of followers and offers to volunteer their services to support this much needed facility in Watford which will help to make  huge difference. It can also serve as a distribution point for clothes, bedding, shoes, and other items that are in constant need.

Awareness started in February this year and once the charity registration number comes through the will start applying for funding and begin fund raising activities. They are already building their public profile with great connections locally and wider afield there is huge interest and passion to ensure this happens fast.


Each of the above (and others not mentioned) are an integral part of the support, compassion and empathy that is needed for those that are homeless in Watford. None can provide the complete solution and multiple approaches are needed to ensure that the wide variety of needs can be catered for...

Indeed with so many different strands the homeless can be comforted that if any should disappear there will always be others there to plug the gap.