Easy to understand philosophies to live your life

Louise Hay was an international, best-selling author, metaphysical lecturer and teacher. The book which brought her fame was “You Can Heal Your Life”.

She developed her philosophies into an accessible format which anyone can apply to their own lives. Louise helped people, worldwide, to discover and implement their own power for personal growth and healing.

This simple, yet powerful, philosophy states that we are 100% responsible for our own experiences and that every thought we think creates our future. The point of power is in the present moment. Underlying this is the core belief that NO MATTER WHAT THE PROBLEM, LOVING YOURSELF IS PART OF THE SOLUTION.

I first became aware of Louise Hay’s work about twenty years ago when I, by chance, discovered her book. Something about it resonated with me. I think it was its uncluttered simplicity coupled with profound, easily accessible philosophy. I began to put some of the ideas into practice in my own life and started to see small changes. As I progressed, the changes became more apparent and I became interested in learning more so I signed up for a Weekend Transformational Workshop. This was an intense and truly life changing experience. I was able to go deep within and to start my own healing journey. I followed this up with a ten week study course which enabled me to continue to grow and develop. At that time, I remember thinking that I would love to be able to teach this work and bring it to others. I tried to make it part of my life and to live it for myself. I saw, and continue to see, many changes as a result of living this way. I have always worked in education and over the years, while working with students, I was able to use much of what I had learnt. Over the course of my career, as well as working with learners who have literacy and/or dyslexia issues, I have worked with people with mental health issues, young people excluded from school, people with behavioural issues, social problems, offenders and, more recently, Asperger Syndrome. I have been able to successfully share strategies and techniques with them to support their wider development, for example, many students also had anger, anxiety or self-esteem issues. To help with this, I was able to incorporate breathing and meditation techniques, letting go, forgiveness, mirror work and affirmations. Students who were open to this type of discussion reported that the techniques helped them to cope with their issues and to start to think differently which made me even keener to develop this aspect of my work.

In 2017, I had the opportunity to take the Heal Your Life® Teacher and Workshop Leader training and, twenty years to the month from my attendance on that first course, I qualified as a HYL teacher. In 2018, I travelled to the West coast of Ireland to take the advanced training and become a Coach. In January of 2019, I took the step of giving up my employment as a specialist tutor to focus on my work as a Heal Your Life® Coach, Teacher and Workshop Leader.

In the past, I have always been employed by someone so, when I left the security of paid employment, I began to think about how I wanted to take my work forward and that’s where Link4Growth/Link4Business comes in. I realised that as well as wanting to set up a successful healing practice, I wanted to be part of my community. I discovered our local group and went to a coffee event. The next thing I knew, I was part of the PHS group. I then developed a collaboration with another member, Caroline Byrne. (You can read more about Caroline here)

In the future, alongside my other work, I hope to be able to run some more groups and be involved in more collaborations. 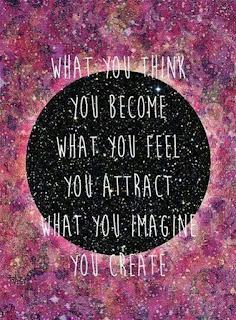 I offer a variety of small group workshops and can tailor them to meet the participants’ needs. Some of the topics I cover in workshops include:


I also run longer more extensive courses and workshops, a few examples below

All the workshops incorporate exercises that Louise Hay pioneered including mirror work, affirmations, forgiveness, inner child work, meditation and visualisation etc. There is space for group work, working alone sharing - and some fun! The workshop space is a safe one where participants are free to explore within and to share, learn and grow.

My coaching work employs the same philosophy and techniques as the workshops. Coaching allows a person to work one to one and to examine the areas where they feel stuck, blocked or lost. As a coach, I do not try to fix my clients, rather I listen deeply and compassionately, hear their story, ask questions and make suggestions. I will guide clients to include the HYL techniques and inner work into their lives and I support each individual to find balance and clarity on their own healing journey. It is a shared process between equals. 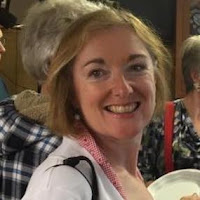 All Heal Your Life® work incorporates a non-denominational, spiritual aspect. It recognises that there is a universal power and an inner presence that supports us. We guide our clients to become aware of, and to access, the intuitive part of themselves. This type of work fits within most philosophies and belief systems.

If you would like to know more about 1-1 Coaching or group workshops then please feel free to contact me.

It can be tough being a good kid at school... 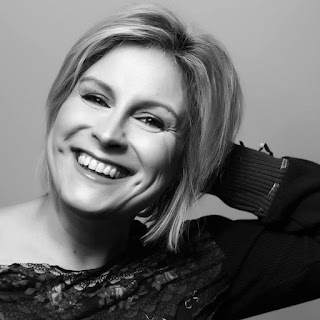 A wise man once said, “Give me a child until he is seven and I will show you the man.” I’d add, this is true for women as well!

I grew up in a family of well-educated parents who wanted their daughter to succeed. She was (and still is) quite good at problem solving and had (still has) a kind heart, if I may say so myself…

My early memories from pre-school are quite happy and up until the age of 7. I think my parents did a good job with installing solid foundations and beliefs about what is right and wrong in the world, as well as what it means to be a decent human being. I got pretty fluent at those from young age!

However, primary school brings mixed feelings and here is why. I was a pretty good learner and all subjects came easy for me. Being naturally inquisitive, and with a good capacity for remembering stuff and connecting between facts, I had no problem grasping any material. However, I had a problem of a different nature…

You see, my mum was a teacher in that same primary school (it being the only school in the village) so every step I made and every breath I took was reported to mum. My teachers would be telling her both the good and the bad news and I would hear all about it later at home, especially if there was any reports of bad news!

I was supposed to be her ideal child, not an embarrassment to her valued reputation, so I’d better behave! Funny how I never heard about the good news (I assume there must have been some good news, right?)… Only recently was I informed and realised how much all my teachers actually loved me, appreciated my talents and capabilities and how much they enjoyed having me as a pupil in their class – better late than never, I suppose! 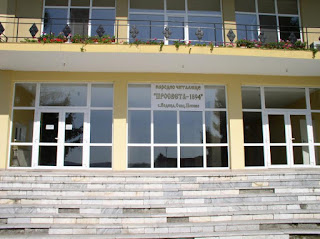 In my parents’ defence, the dogma of the communist times proclaimed that “a parent must never show affection because this will spoil the child and kissing the child (Oh no, kissing!) is only allowed while the child is asleep!” My educated parents followed this instruction to the T. True, I did feel their love but it was hidden under a veil of mist, in case they spoilt me otherwise… (Hilarious!) Anyway, I learned to be a “good girl” from a very young age because that meant no trouble from my mum, my life would be peaceful because I would be spared the interrogation and all will be fine.

However, being the smartest in the class had its flip side, as you would imagine. I soon started being aware of my less capable friends’ disappointments and pains when they had poor marks in tests while at the same time I had no mistakes and teacher’s smiles. In an attempt to raise their spirits I would talk about my achievement in a derogatory way. I would say that the test did not matter really, that they would do better next time, or that I would probably make mistakes too next time! (Oh, Dear!) Nobody told me then that it was not a good idea to belittle myself so that they would feel less pain and disappointment. This is when and how I started playing small. Over time, I perfected this game and became a real pro at it.

An added ‘annoyance’ at that time was my height! Can you believe it, I was way taller than the tallest boy who was only a midget next to me! As a result, there was a constant flow of name-calling aimed in my direction. This was considered normal back then in communist Bulgaria where nobody had invented or heard of the term ‘bullying’ yet. As it happens, playing small, which had started on an emotional level, soon materialised on a physical level and my back started slouching in attempt to make me ‘smaller’. You see, I wanted to fit in. I desperately wanted to belong… 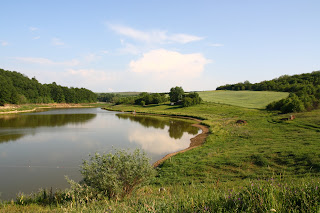 Long story short, this habit of belittling myself continued uninterrupted for years, probably because I was so very clever at hiding it and it served me well to find new friends and fit in. Before I knew it (and true, I had no idea I was doing myself disservice), I had become a master of suppressing my desires and at the age of 20, I had no desires left!

Yet, this did not matter, I felt quite happy the way I was, not questioning the status quo and just sensibly moving through life caring for others and ignoring myself. As in a dream, I got married and had my two children. You guessed it, I still had no desires of my own. I knew exactly what my son’s dreams were, what my daughter’s dreams were, and, what their father’s ambitions and desires were, with all the details! Their plans and goals were my commands and I did everything in my ability to make these wishes come true! Quite successfully as well (of course!)…