The Journey to the PHS 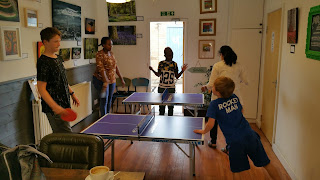 I guess I've always been interested in taking responsibility for my own health although to start with that happened without even knowing it.


I began playing Table Tennis when I was 8 and after a couple of years I started to get coached. I rose through the ranks in Watford fairly quickly, so at 14 yrs I was playing for the Hertfordshire county junior team.


I don't know whether any of you will identify with this but there was a fair amount of peer pressure to begin smoking at this age of around 14. And I must admit after a couple of unsuccessful attempts at encouraging me to get on board by the "professional smokers" in my local community peer group, I proclaimed, "tt hurts, it's unpleasant, it stinks, it costs a lot of money, and it's not good for your health, tell me the upsides?" ... in the absence of anything but "it looks cool" ... I decided to give it a swerve. 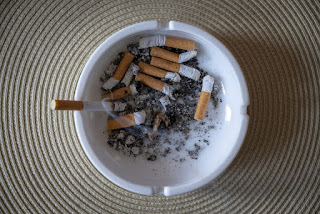 So I continued to improve at Table Tennis and taking care of my physical fitness through sport and my mother took care of my nutrition. Home cooked meals much of the time from produce my father grew in our good sized garden. So the order of the day was home cooked food, from home grown vegetables and fruits. Seems idyllic but I now understand what a commitment and how much hard work growing food is.

I never so much as cooked an egg on toast at home, what with my mother and sister filling in for each other as necessary there wasn't the need. It wasn't until on one of the rare occasions I had a day off work back in 1982 after I had moved out of the family home that I decided to give this cooking malarkey a go. It couldn't be that difficult could it? ... otherwise, how would all these cookery books be so popular and loads of people being able to cook, right?

We are what we eat


So I decided to take on a challenge... no point in doing some easy recipe, let's pick something that would test me. So I decided on a chicken biriani, which had somewhere in the region of 36 ingredients or so.

The biriani was a huge success (and enough for the whole week) and so started my love affair with cooking. The way I saw it was... here we were, buying some really rather basic stuff (vegetables), some meat, and with chosen flavourings, spices, herbs and sauces, you could in a few hours, make something which you could thoroughly enjoy. This seemed amazing to me... rather like the beer making I had become adept at too... basic ingredients, with some knowledge, experience and care, and hey presto very tasty beer saving a small fortune.


I had always wanted to be a programmer and the idea of telling a computer to do things to provide an outcome which enhanced business efficiency was fascinating to me. Having started work at Rolls Royce (Leavesden) as a trainee programmer, I soon moved on to a software house in London. 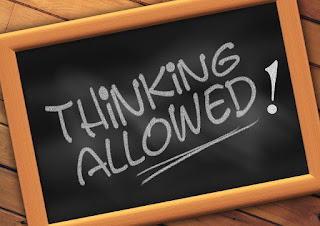 I was now learning how the business world worked and exercising my brain daily solving problems and using my creativity. Being fairly outgoing I was soon 'spotted' to join the sales team. With an unusual combination of a solid technical background, coupled with the ability to talk to customers in their own language, I soon became pretty successful.


At the age of 25 I was sent on an NLP (neurolinguistic programming) course. I found this awesome that you were able to influence the outcome of a discussion, or, in my case, sales negotiation by observing things in the other person... truly an invaluable 5 day course... much of which I still remember, and use today having integrated it into my habits. On two occasions during this course we were taught something that I had been doing instinctively since I was 12... you can ask me about those when we next meet up.

This course sowed the seed for what has been a roller coaster of personal development ever since. The NLP started helping with my mindset and thereafter I was a sponge for books starting with Tony Robbins and Stephen Covey...

Frugality / What is important


There followed a period of some 10 years  (a lot happened in that 10 years) that I hardly left my flat. During this time I had started a software house of my own and within a 5 year period me and my colleague had writtem some 5,000 programs creating an Enterprise Resource Planning systems (ERP - Similar to SAP just much smaller).

At this time I learnt the meaning of 'Frugality' as for more than 2 years (2004-6) I managed to cook and eat well on less than £10 a week for ingredients... I also learnt that you don't need to keep buying lots of new things to be happy because actually, exercise, good food, strong positive mindset, enthusiasm, belief in yourself, and a purpose are the things that give meaning to your life, not material possessions. It's surprising what you can conjure up on a £10 budget and also how innovative you become with turning fridge remnants into something edible.

Importance of community and connection


In 2010 I began my foray into Networking. Inspired by Otis my son who was working with me at the time. If we knew then what we know now, and the impact of a couple of what we thought were 'insignificant decisions', we would be dumbfounded. 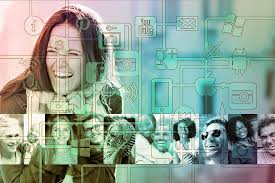 The next 8 years I met with more than 5,000 people, and made connections all over the country. Through conversations and discussion I began to relate to how wide and diverse perspectives can be, and indeed how mine had come to be formed. This was the journey to begin the process of  understanding the answer to the question "Who am I?" ... From 2015 a huge spiritual awakening and growth in consciousness... which is pretty much what led to the idea of the PHS (People's Health Service) and how it came into existence...

What happened thereafter was the bringing together of a small group of people who relished giving oxygen to the idea of "Supporting people in taking more responsibility for their own health".

This idea is ready to grow as we enter what is a very difficult time for People, Planet, Profit and our Purpose.